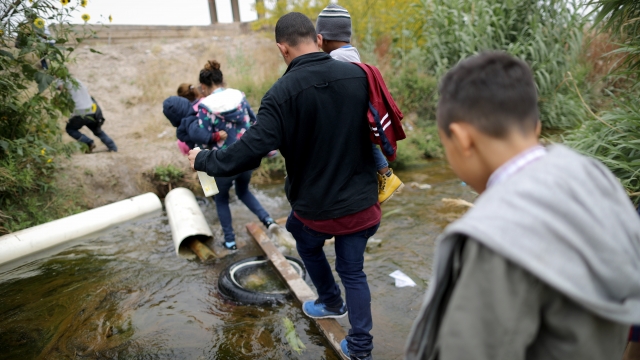 The U.N. gathered the data from censuses worldwide. The term "migrant" refers to anyone who "changes their country of usual residence," whether by choice or because they were forced to. About a quarter of the recent increase involved migrants who were forced to move, like refugees and asylum-seekers.

Most migrants live in just a few countries, with most of them staying in the same region as the country they left.

Europe has the largest percentage of migrants — 30% of the world's migrants live there. But the country with the most migrants is, by far, the U.S., with 50.7 million. Germany and Saudi Arabia are tied for second, with 13.1 million each.