U.N. Climate Report Suggests We Need To Drastically Change What We Eat 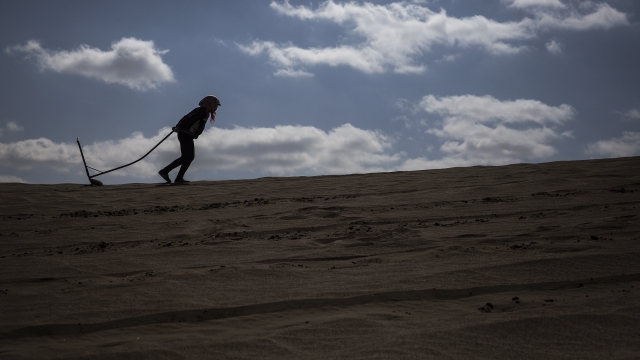 SMS
U.N. Climate Report Suggests We Need To Drastically Change What We Eat
By Ethan Weston
By Ethan Weston
August 8, 2019
The report warns climate change and "unprecedented rates" of land and water use are putting the world's food supply at risk.
SHOW TRANSCRIPT

The U.N.'s new food supply report seems pretty dire, but it does offer some hope — we just have to change the entire way we eat.

The summary of the report was put out by the Intergovernmental Panel on Climate Change on Thursday. It warns climate change and "unprecedented rates" of land and water use are putting the world's food supply at risk.

To combat that risk, scientists who work with the IPCC say we need to eat less meat. The report suggests some other changes too, but let's focus on meat for now.

On top of that, soil degradation is affecting around a quarter of the planet's land. The journal Nature reports that industrialized farming is responsible for much of that degradation. Such operations are also linked to deforestation in tropical areas.

Diets featuring more plant-based foods would not only help relieve some of that land and emission stress, but the U.N. says it offers a chance for humans to adapt to climate change. Plus, changes in our agricultural practices can help capture carbon in our soil.

It's important to note that the report doesn't suggest eliminating meat entirely, just reducing our consumption. It says the meat we do eat should come from "resilient, sustainable and low-GHG" systems.

That might mean eliminating factory farms, which produce a large portion of the world's animal-based food products and emit a lot of greenhouse gases.

So, what are some alternatives? Well, in the past, the U.N. has recommended insects might be a good source of protein. Research suggests insects require less land and water and produce less greenhouse gases than other livestock.

But if you're squeamish, that probably doesn't sound too appealing. The U.N. report has you covered. It recommends a diet based around coarse grains, legumes, fruits, vegetables, seeds and nuts.