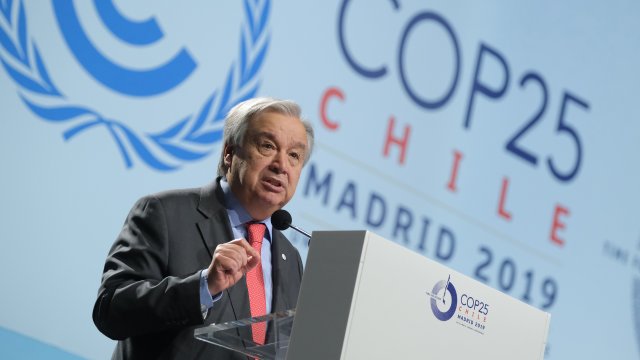 The goal of the conference, known as COP25, was to nail down rules and regulations that will help countries meet targets from the 2015 Paris Climate Accord. The accord's main target is to cap the rise of global warming at 1.5 degrees Celsius.

"And why is it so important to stay below 1.5 degrees? Because even at one degree people are dying from the climate crisis," climate activist Greta Thunberg said. According to a recent U.N. report, the world's temperature is set to rise by 3 to 4 degrees by the end of the century.

Delegates couldn't reach a consensus on how to regulate international carbon markets, according to a statement from Helen Mountford, the vice president for climate and economics at the World Resources Institute. She also said developed countries "failed to provide sufficient assurance" of financially helping smaller countries who don't heavily contribute to climate change deal with immense climate impacts.

While Mountford called for countries to step up now, the conference tabled sticking points for COP26 in 2020.