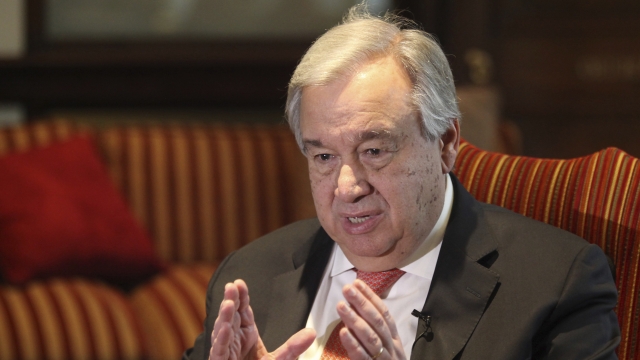 The United Nations' chief says the world must take steps now to combat a learning crisis amid school closures.

Guterres said that in mid-July schools were closed in some 160 countries impacting more than one billion students.

"We are at a defining moment for the world’s children and young people. The decisions that governments and partners take now will have lasting impact on hundreds of millions of young people, and on the development prospects of countries for decades to come," Guterres said.

He said once local coronavirus transmission is under control, getting students back to school safely must be a top priority.