U.N. Ambassador: China Trying To 'Distract' From Its Uyghur Abuses 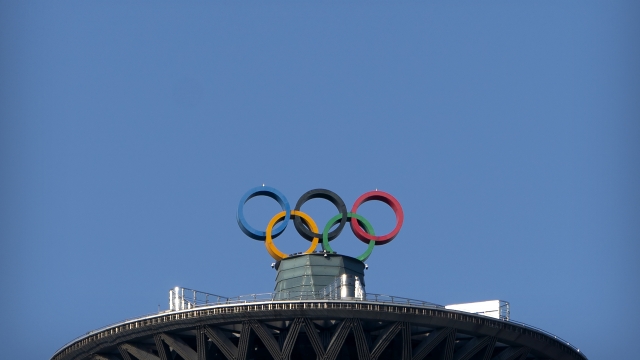 The U.S. ambassador to the United Nations says China's selection of a Uyghur athlete to help deliver the Olympic flame in Beijing was an attempt by Chinese officials to "distract" from global attention on its human rights violations.

The United States is staging a diplomatic boycott of the Olympics, sending athletes but not the traditional delegation of dignitaries, citing China's alleged systemic and widespread abuse of ethnic and religious minorities in its western region, especially Xinjiang's predominantly Muslim Uyghurs.

China's selection of cross-country skier Dinigeer Yilamujiang for the honor of being a final Olympic torchbearer at the ceremony that opened the Winter Games was a big surprise.

To U.S. Ambassador Linda Thomas-Greenfield, that choice was "an effort by the Chinese to distract us from the real issue here at hand, that Uyghurs are being tortured, and Uyghurs are the victims of human rights violations by the Chinese." And she told CNN's "State of the Union" that "we have to keep that front and center."

The U.S. says China is committing genocide in its treatment of the Uyghurs. China denies any abuses and says the steps it has taken are necessary to combat terrorism and a separatist movement.

The American diplomat says "we have made clear that crimes against humanity are being committed in China." She added: "It is important that the audience who participated and witnessed this understand that this does not take away from what we know is happening on the ground there."

President Joe Biden's national security adviser says the United States "did not go around the world knocking on every country door" trying to organize a diplomatic boycott of the Winter Olympics in China.

The U.S. did not send a delegation of dignitaries to Beijing but is allowing American athletes to complete. Major U.S. allies like Britain, Australia and Canada followed suit, also citing human rights abuses by the Chinese government. But an array of world leaders did attend the opening ceremonies.

Jake Sullivan told NBC's "Meet the Press" on Sunday that the Biden administration made "a statement of principle about what we, the United States, were going to do." He says some nations joined the U.S. and others "made a different decision."But he cited "the broad level of alignment" among "like-minded democracies coming together on a range of challenges that China poses, whether it's in the realm of military aggression or in the realm of economic coercion or in the realm of human rights."