U.K.'s Top Court To Decide If Parliament Suspension Was Illegal 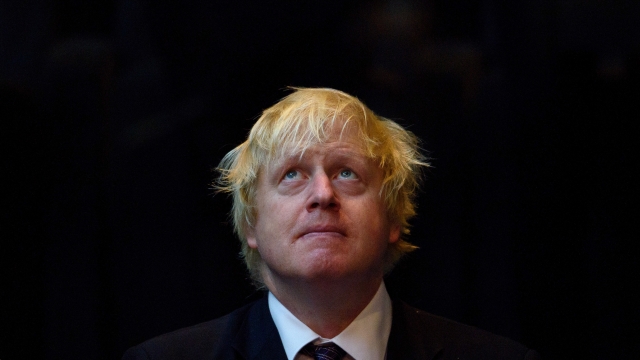 SMS
U.K.'s Top Court To Decide If Parliament Suspension Was Illegal
By Briana Koeneman
By Briana Koeneman
September 17, 2019
Over the next several days, the Supreme Court will hear two separate legal challenges to the suspension.
SHOW TRANSCRIPT

The U.K.'s top court will decide if Prime Minister Boris Johnson broke the law when he decided to suspend Parliament on Sept. 9.

Over the next several days, the Supreme Court will hear two separate legal challenges to the suspension, which started earlier this month after Johnson's second attempt to call a snap election failed.

The suspension — or prorogation — sent lawmakers home until Oct. 14. That's just two weeks before the U.K. is scheduled to leave the European Union.

Johnson insists the move was legitimate, routine and necessary for the government to get ready for a new parliamentary session.

But critics argue the suspension was meant to silence lawmakers who disagree with his "do or die" Brexit plan, which has the U.K. leaving the EU with or without a deal.

The Supreme Court is expected to reach a decision by the end of this week or early next week. The prime minister hasn't revealed what he would do if the courts rule his suspension illegal. He told the BBC he would "wait and see what they say."