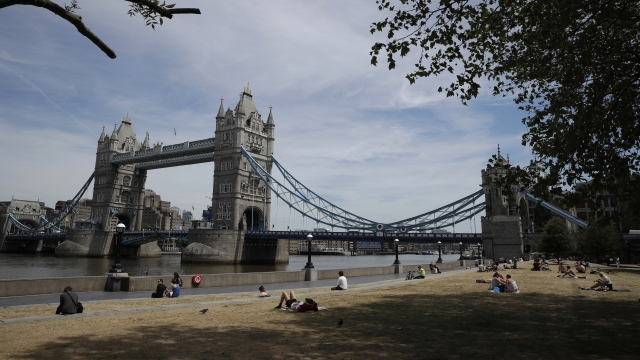 Starting July 10, the United Kingdom will let travelers from 59 countries come into England without having to self-isolate, but the U.S. isn't one of them.

The U.K.'s Department for Transport released the exemption list Friday.

The news came as the U.K. put its first city under near-total lockdown because of a surge of coronavirus cases.

Regulations in the U.K. said people must self-isolate for 14 days after coming back from a "country outside the common travel area" — the U.K., the Crown Dependencies, and Ireland. But the government said it's "satisfied that it is now safe to ease these measures in England" and put together the exemption rules.

"Instead of quarantining arrivals from the whole world, we will only quarantine arrivals from those countries where the virus is, sadly, not yet under control," British Prime Minister Boris Johnson said.

People traveling from Australia, Germany, South Korea, and 56 other countries and 14 British overseas territories will be allowed to go into England without isolation. They can come on train, plane, or any mode of transportation, but travelers can't go to or stop in a country that isn't on the list 14 days before coming to the U.K.

The department said the list may be added to in the coming days but said if conditions in the countries on it worsen, it "will not hesitate to reintroduce self-isolation requirements."