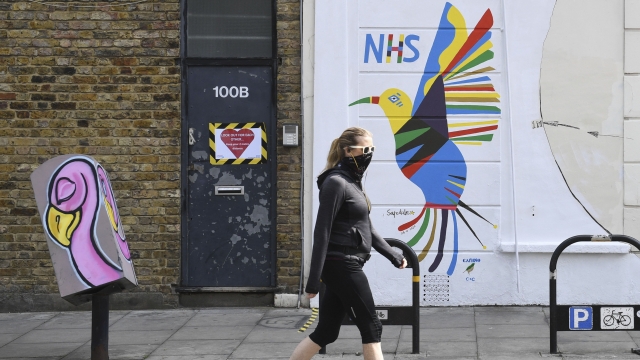 SMS
U.K. Starts Massive New 'Test And Trace' Program
By LeeAnne Lowry
By LeeAnne Lowry
May 28, 2020
Some 25,000 corinavirus tracers will contact people in an effort to shift from a nationwide lockdown to more localized isolation.
SHOW TRANSCRIPT

Here's how it works: The program's 25,000 contact tracers text, email or call people who test positive with COVID-19 and ask them who they have been in contact with.

Then, those people in the second wave are notified and advised to self-isolate for two weeks — even if they aren't feeling sick or have already had the virus.

The idea is to shift from a nationwide lockdown to more informed, localized isolations. The country's health secretary says he is confident most people will cooperate.

But here's the problem, according to a group of fifty unions: Unless people who have been contacted in the second wave are given sick pay to stay home, they could fall into financial ruin.

The union group said some people may be so tight on money that they'll go to work anyway. And that would put their community at risk and undermine the test and trace system.