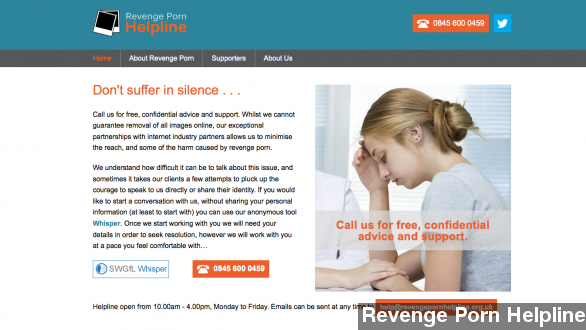 The nonprofit South West Grid for Learning has a new help line that works with law enforcement and websites to remove that content and will put victims in touch with lawyers.

The U.K.'s justice secretary Chris Grayling said, "It is crucial that victims have the confidence to report this kind of disgusting behaviour and the new offence will make sure perpetrators are properly punished."

Law enforcement officials were told to expect a flood of complaints as the new law went into effect.

According to data from the National Conference of State Legislators, 13 states had laws specifically banning it as of 2014. Another 13 states had introduced similar legislation.

According to National Journal, Rep. Jackie Speier from California introduced legislation last year that would outlaw the practice, but the bill never gained momentum.