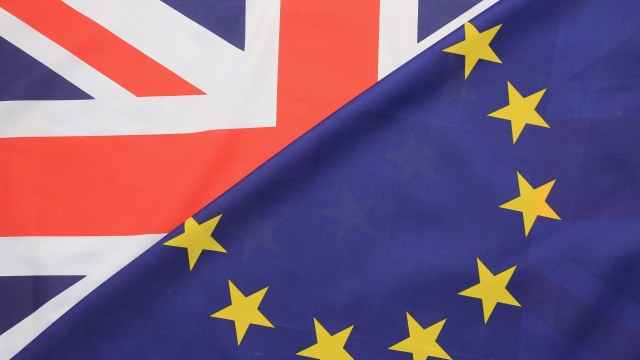 ​The U.K. government said it sent the EU "a series of confidential technical non-papers which reflect the ideas the U.K. has been putting forward."

The U.K. says it has sent written proposals to the EU on how to rework the country's divorce deal.

The British government said Thursday it sent the EU "a series of confidential technical non-papers which reflect the ideas the U.K. has been putting forward." Non-papers are informal documents intended for discussion rather than official proposals. The government added that it would put forward "formal written solutions when we are ready, ... and when the EU is clear that it will engage constructively on them as a replacement for the backstop."

In an interview with Sky News on Thursday, EU Commission President Jean-Claude Juncker said he'd received the documents Wednesday night but had yet to read them. He said he's open to removing the Northern Ireland backstop from the withdrawal agreement as long as the U.K.'s replacement plan "achieve[s] the main objectives of the backstop." He also said that after a recent "positive" meeting with U.K. Prime Minister Boris Johnson, he believes a Brexit deal can be reached by the current Oct. 31 deadline.

Britain's Supreme Court is currently hearing a case on whether Johnson broke the law by suspending Parliament earlier this month. Johnson maintains the move was necessary for the government to get ready for a new parliamentary session. But critics argue the suspension was meant to silence lawmakers who disagree with his Brexit plan of leaving the EU with or without a deal. The court is expected to reach a decision by early next week.