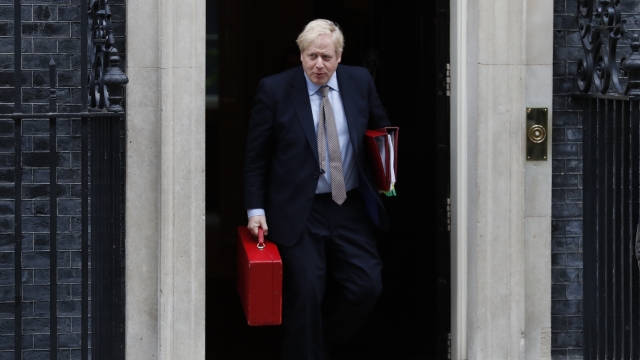 U.K. Prime Minister Boris Johnson was transferred to the ICU after his coronavirus symptoms reportedly "worsened."

Foreign Secretary Dominic Raab will temporarily take over for the prime minister.

Downing Street said Johnson was admitted to a hospital with "persistent symptoms" on Sunday as a "precautionary step." He ended up staying overnight.

A spokesman said Johnson's condition "worsened" and that his medical team decided to move him to intensive care in case he needed a ventilator.

"We're very saddened to hear that he was taken into intensive care this afternoon, a little while ago, and Americans are all praying for his recovery," President Trump said. "He's been a really good friend. He's been really something very special. Strong. Resolute. Doesn't quit. Doesn't give up."

The prime minister tested positive for COVID-19 over a week ago. He had been self-isolating at home and leading the government through video conference.