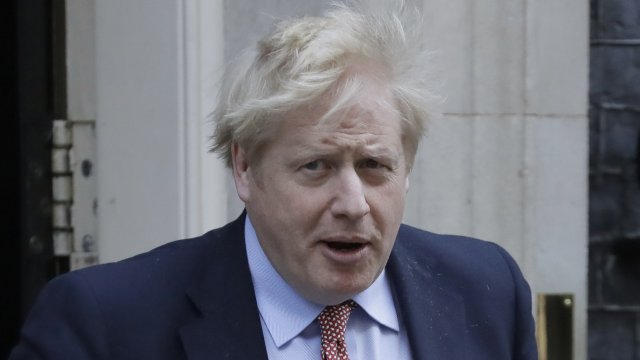 A day after U.K. Prime Minister Boris Johnson was transferred to intensive care, his health appears to be getting better.

"He remains stable overnight, he's receiving standard oxygen treatment and breathing without any assistance," U.K. Foreign Secretary Dominic Raab said. "He's not required any mechanical ventilation or non-invasive respiratory support. He remains in good spirits, and in keeping with usual clinical practice, his progress continues to be monitored closely in critical care."

Johnson was admitted to a London hospital with "persistent symptoms of coronavirus" on Sunday, 10 days after he was diagnosed. He was moved to the ICU Monday after his condition worsened.

Foreign Secretary Dominic Raab, who has temporarily taken over some of Johnson's duties, said the government's "thoughts and prayers" are with the prime minister and his family, and that he's "confident [Johnson will] pull through."

"Because if there is one thing I know about this prime minister: He's a fighter. And he'll be back at the helm, leading us through this crisis in short order."