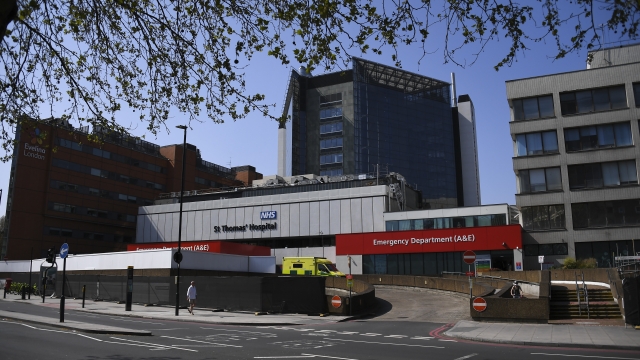 SMS
U.K. Prime Minister Boris Johnson Discharged From Hospital
By LeeAnne Lowry
By LeeAnne Lowry
April 12, 2020
At the advice of his medical team, Johnson will not immediately return to work.
SHOW TRANSCRIPT

Johnson is one of almost 80,000 confirmed cases of the virus in the U.K. He was taken to a London hospital last week after displaying "persistent symptoms of coronavirus" and then moved to the ICU a day later after his condition worsened. When he was transferred out of the ICU Thursday, Johnson said he owes his life to the hospital staff.

Downing Street said in a statement that "at the advice of his medical team," the prime minister will not immediately return to work. He is staying at his country retreat to continue recovery.

In the meantime, Foreign Secretary Dominic Raab will continue to cover some of Johnson's duties — including the nation's COVID-19 response. Raab announced he'll extend the U.K.'s lockdown longer than the initial three-week period, which would have ended this week.