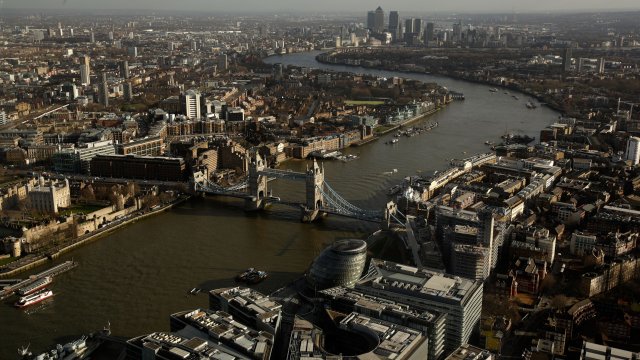 SMS
U.K. Power Outage Affects About 500,000 People
By Alec Larson
By Alec Larson
August 9, 2019
​The power outage was a result of issues with two power generators, according to the National Grid.
SHOW TRANSCRIPT

Large areas of the U.K., including parts of London, were hit with major power failures on Friday, resulting in transportation delays and other issues.

The power outage was a result of problems with two power generators, according to the National Grid. Officials say the issue has now been resolved.

According to BBC News, the peak of rush hour in London saw all departing trains suspended at King's Cross station.

Roughly 500,000 people were reportedly affected by the outage in Western Power Distribution's area.