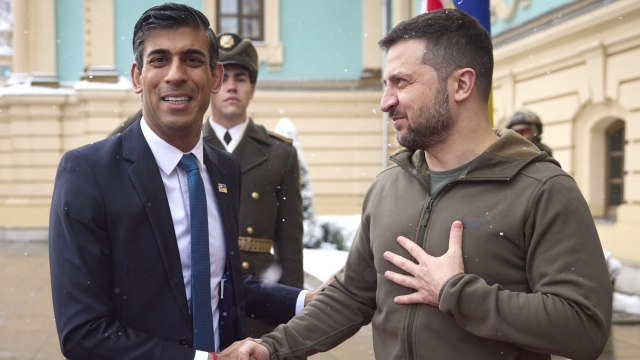 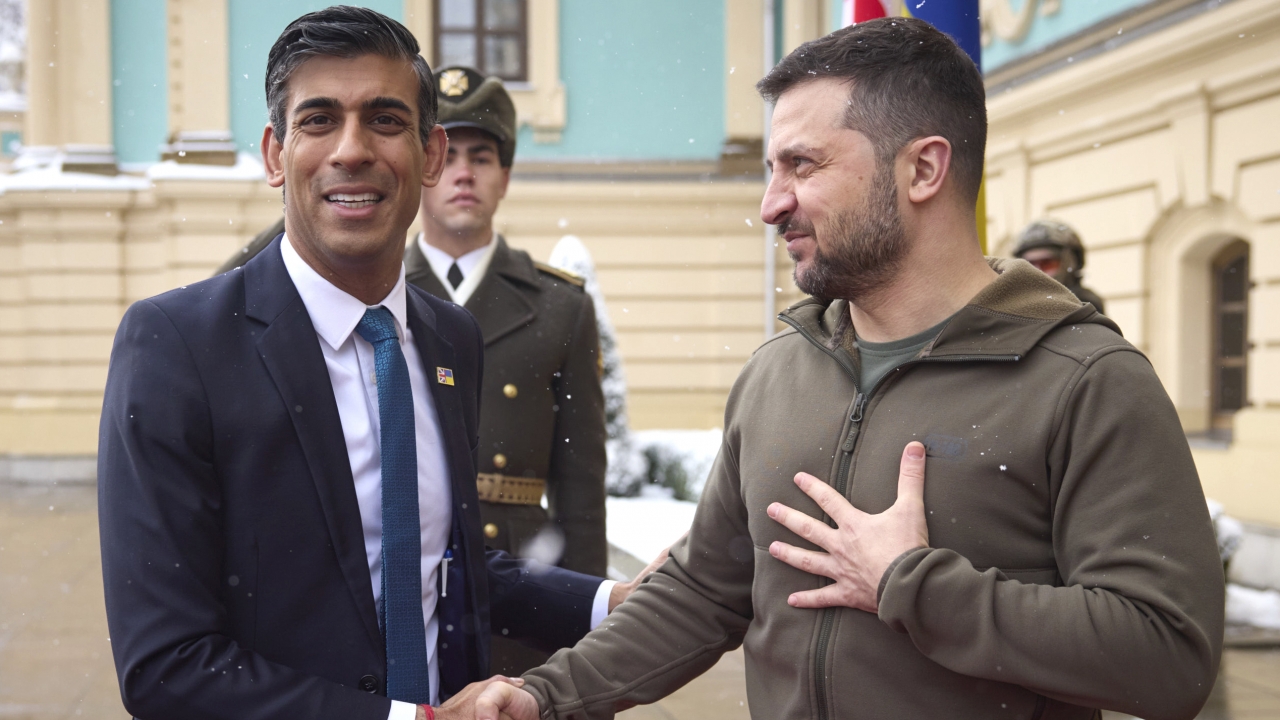 British Prime Minister Rishi Sunak promised 125 anti-aircraft guns and other air-defense technology as he made an unannounced visit Saturday — his first — to Ukraine's snow-blanketed war-time capital for talks with Ukrainian President Volodymyr Zelenskyy.

The air-defense package, which Britain valued at $60 million, comes as Russia has been pounding Ukraine's power grid and other key infrastructure from the air, causing widespread blackouts for millions of Ukrainians as the frigid cold of winter draws near.

The package includes radar and other technology to counter Iran-supplied exploding drones that Russia has used against Ukrainian targets. It comes on top of a delivery of more than 1,000 anti-air missiles that Britain announced earlier this month.

The U.K. has been one of the staunchest Western supporters of Ukraine's resistance to Russia's invasion, giving Kyiv $2.7 billion in military aid.

Zelenskyy described the two countries as "the strongest of allies."

"With friends like you by our side, we are confident in our victory. Both of our nations know what it means to stand up for freedom," the Ukrainian leader said on Twitter. 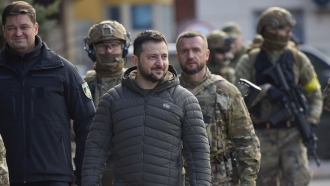 "The courage of the Ukrainian people is an inspiration to the world," Sunak said in comments alongside Zelenskyy in the presidential palace. "In years to come we will tell our grandchildren of your story."

Former U.K. Prime Minister Boris Johnson, who stepped down in July amid a welter of ethics scandals, won wide praise in Ukraine for his backing.

Sunak is keen to reassure Ukraine's leaders that there will be no change of stance under his leadership, though when he was U.K. Treasury chief under Johnson he was considered resistant to demands for higher defense spending.

During his visit to Kyiv, Sunak laid flowers at a memorial for the war dead and lit a candle at a memorial for victims of a deadly Soviet-era famine in Ukraine in the 1930s. He also said first responders at a fire station.

Sunak said it was "deeply humbling" to visit Kyiv "and to have the opportunity to meet those who are doing so much, and paying so high a price, to defend the principles of sovereignty and democracy,"

Zelenskyy said "we discussed the most important issues both for our countries and for global security."

"Together we are stronger and we will achieve the desired results," he said on Telegram.

Video that Zelenskyy posted showed him greeting Sunak at a presidential palace as snowflakes fell and the two men holding talks.