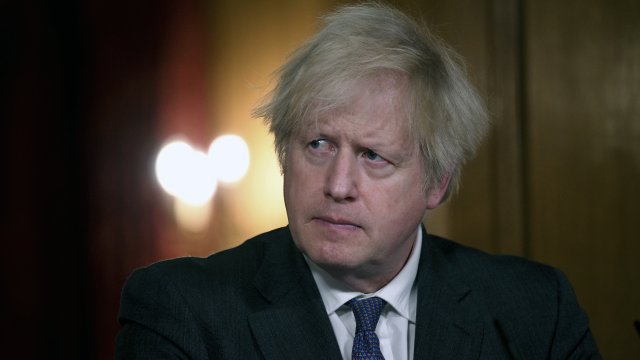 U.K. Prime Minister Boris Johnson pushed for a new trade agreement with the U.S. in his first call with President Biden – a deal that has a number of potential snags.

In the call, Johnson praised the new president for rejoining the World Heath Organization and the Paris climate agreement. But the prime minister wants to resolve any existing trade issues as soon as possible, which is a deal higher on Johnson's to-do list than President Biden's.

Johnson has been hoping for an early trade accord amid its post-Brexit transition period.

President Biden previously said any post-Brexit trade deal was contingent on respect for the Good Friday agreement. That accord helped end a period of conflict between two groups in Northern Ireland when it separated from the Republic of Ireland. He has family roots in Ireland and has said he does not want border issues between the two areas following Brexit.

Although a Downing Street's statement said the two leaders discussed benefits of a potential free trade deal during the call, the White House's statement made no mention of it.