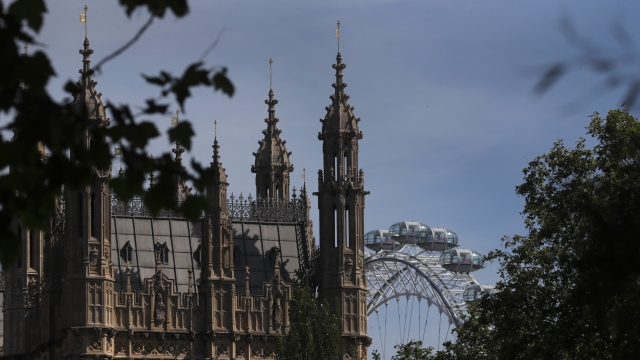 In order to obey the country's social distancing guidelines, lawmakers have been utilizing a "hybrid" way of working since April.

U.K. lawmakers have been working remotely for weeks because of the coronavirus pandemic. But members of the House of Commons returned to Parliament Tuesday.

And their first order of business is to debate the House's method of voting going forward.

In order to obey the country's social distancing guidelines, lawmakers had been utilizing a "hybrid" way of working since April. Up to 50 members could physically attend sessions in the chamber, while others attended remotely via video link. The House of Commons held its first remote vote in May.

Johnson's leader in the House of Commons, Jacob Rees-Mogg, said a virtual Parliament "is no longer necessary" and that "politics is better done face-to-face." Opponents argue that ending remote voting would discriminate against vulnerable lawmakers who can't attend sessions in person.

They also voiced concerns that in-person voting would put lawmakers at a higher risk of contracting the coronavirus. They'd be forced to line up 6 feet apart before casting their votes, and if all 650 lawmakers were participating, that line would be almost a mile long and would snake all throughout the Palace of Westminster.