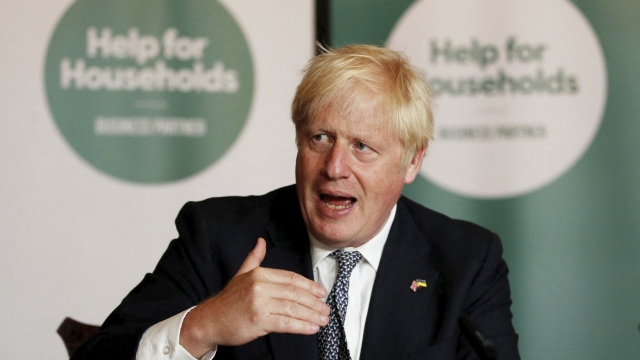 Members of Parliament have selected the final two candidates in the contest to become the U.K.'s next prime minister.

Rishi Sunak, the man in charge of the country's finances during the pandemic, was an analyst at Goldman Sachs before government.

His Achilles heel is his family's fortune and his wealthy wife's controversial tax record.

If Sunak is successful, he will become the country's first prime minister of South Asian descent.

"The question now for our members is, 'Who is the best person to defeat Keir Starmer and the Labour Party at the next election?' I believe I'm the only candidate who can do that," Sunak said.

The second final candidate is Liz Truss, who is the country's current foreign secretary. Before becoming a politician, she was a successful accountant. Her Achilles heel is the fact that she was once a member of another political party — the Liberal Democrats — and, a leading campaigner to keep Britain in the European Union.

Both candidates have argued for extreme tax cuts. Truss' proposed cuts would go furthest, and arrive faster — a move which appeals to core Conservative voters.

Sunak has countered by claiming his government will follow the mold of Margaret Thatcher's, perhaps the most notorious Tory tax-cutting prime minister the country has ever seen.

Sunak may have been the most popular with MPs, but the challenge now is to win over the Conservative Party's roughly 160,000 members. Half of that number are over 60, and 97% of them are white and live in southern England. Among members, Truss is the favorite to win, and they now decide who will be Britain's next prime minister.

In Prime Minister Boris Johnson's final appearance in Parliament, he paid tribute to himself. He will remain in office until the new leader is selected in early September.