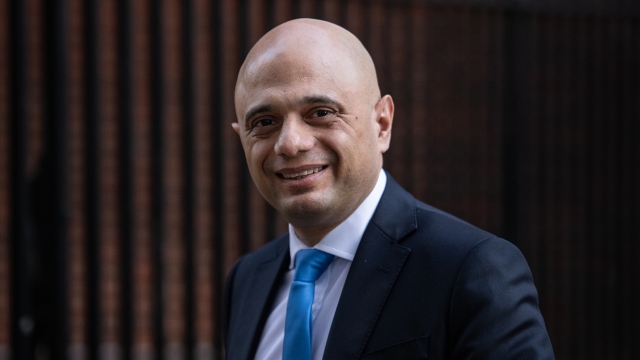 Sajid Javid has resigned as the head of the U.K.'s treasury department amid Prime Minister Boris Johnson's Cabinet reshuffle.

In a letter addressed to Johnson, Javid wrote Thursday that although he's "grateful for [the prime minister's] continued trust" in his role, he "could not accept the conditions attached to the reappointment." Javid expounded on that later, telling reporters he couldn't accept Johnson's request that he fire all of his political advisers. He said: "I don't believe any self-respecting minister would accept such conditions, and so, therefore, I felt the best thing to do was to go."

Javid was one of the front-runners to replace former Prime Minister Theresa May after she stepped down last year. Of course, Johnson ended up winning that election and appointed Javid as chancellor of the exchequer shortly after, making him the first British Asian to serve in that role.

Javid's treasury deputy, Rishi Sunak, has been named his successor. Javid said both Johnson and Sunak have "his full support" and that he "will continue to support this government in every way [he] can" in the House of Commons.