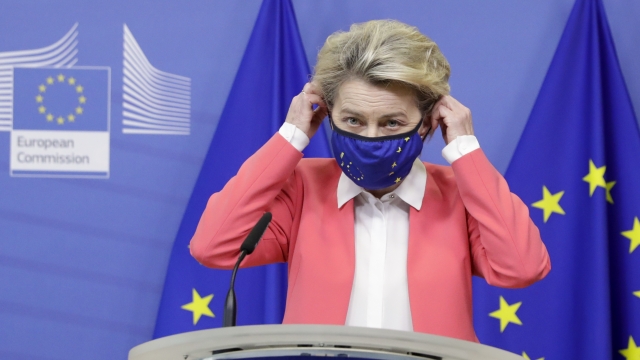 Britain and the European Union vowed on Sunday to continue Brexit trade negotiations — but both said a no-deal divorce is more likely after months of talks.

European Commission President Ursula von der Leyen said she and British Prime Minister Boris Johnson vowed to go the "extra mile" in talks. She said the two had a "constructive and useful call" on Sunday.

But Johnson said the two sides were “still very far apart on some key things” and a stalemate was the "most likely" outcome. However, he added the U.K. would not walk away from talks.

He said: "Where there's life, there's hope, we're going to keep talking to see what we can do."

Britain's Brexit transition out of the EU ends on December 31st.

And the U.K. government acknowledges a no-deal exit in 2021 would bring chaos — likely tying up ports, increasing prices and causing a shortage of goods.

But Johnson says the rules being demanded by the European Union keeps the U.K. too tethered to the group it declared it was leaving nearly a year ago.