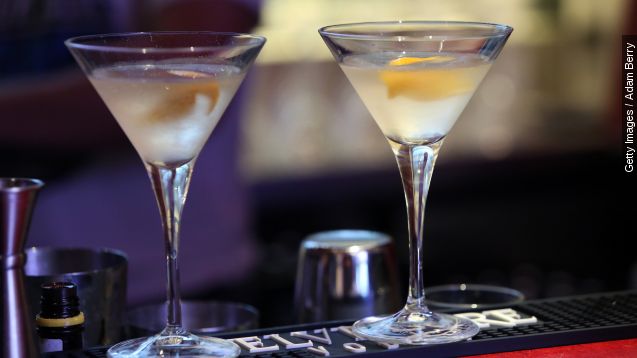 A U.K. bar has been fined the equivalent of $155,000 for improperly serving a liquid nitrogen drink to a customer. (Video via Freezerburn / CC BY 3.0)

Gaby Scanlon was celebrating her 18th birthday at Oskar's Wine Bar in 2012 when she was given a cocktail containing liquid nitrogen. Scanlon says she wasn't given any instructions on how to handle the drink, so she drank it before the chemical had evaporated.

Liquid nitrogen is sometimes used to give a drink a steaming effect, but it's definitely not safe to ingest. In Scanlon's case, the gas punctured her stomach lining: she had to spend three weeks in the hospital and have her stomach removed.

Scanlon's lawyer Patrician Noone told Channel 5, "Gaby still has regular, severe abdominal pain. ... She can only eat very small amounts of food and has to eat often."

The bar eventually pleaded guilty to endangering its customers and admitted it hadn't carried out a safety review before using liquid nitrogen in drinks. Bar owner Andrew Dunn escaped prosecution after agreeing to foot $31,000 worth of the court costs.

All this serves as a valuable reminder that, despite its cherished place in fun science demonstrations, liquid nitrogen is not a toy and should only be handled by professionals.