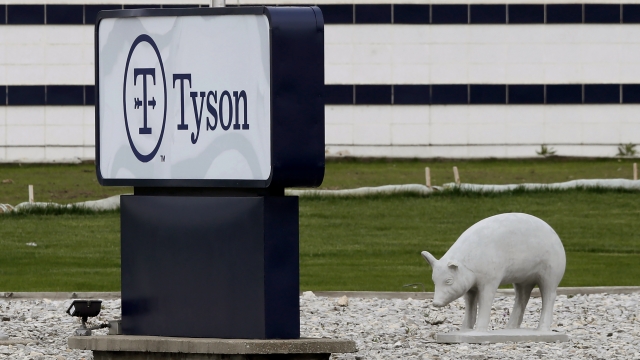 Tyson says there's no conclusive proof the products were contaminated, but it's recalling them out of an abundance of caution.

The company says it's worried it may have been exposed to a harmful bacteria.

The products were made at a Missouri-based plant between Dec. 26 of last year and April 13 of this year.

Tyson says there's no conclusive proof the products were contaminated, but it's recalling them out of an abundance of caution.