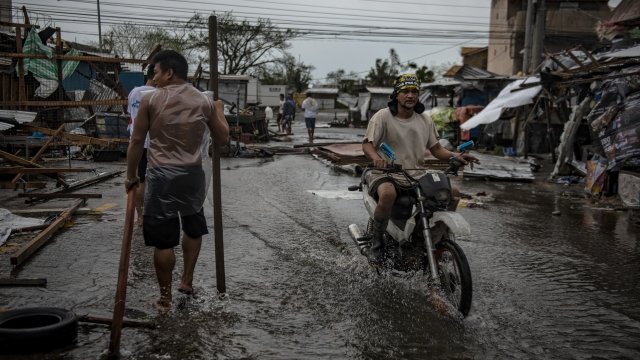 Typhoon Mangkhut made landfall in southern China on Sunday evening local time, bringing high winds and rain to the country's most populous province.

Authorities have reportedly evacuated more than 100,000 people in Guangdong province.

Earlier in the day Mangkhut passed over Hong Kong, where it damaged structures and canceled hundreds of flights at the Hong Kong International Airport — one of the world's busiest.

Before that, the storm made landfall in the Philippines on Saturday, where the death toll continues to rise. The storm caused extensive landslides there and left more than 40 people dead.

Mangkhut is reportedly the strongest storm of the season so far, with wind speeds reaching up to 165 mph upon landfall Saturday.