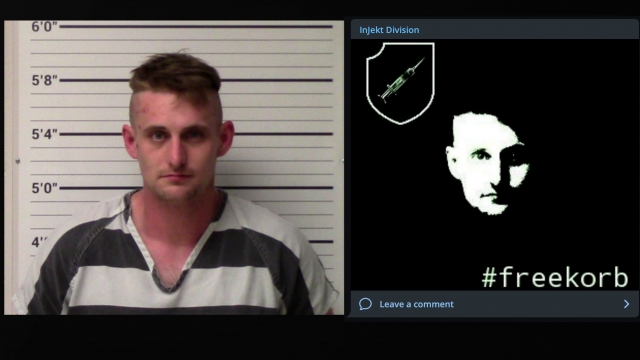 A Texas Sheriff tells Newsy the FBI and U.S. Attorney have taken over the case against a man accused of a plot to carry out a mass shooting at a Wal-Mart.

"He was going to die for the cause and kill some people at Wal-Mart," said Kerr County Sheriff Larry Leitha. "As you know, nowadays, we just we just couldn't sit. We had to act.”

Leitha says the FBI reached out early last week to get local help monitoring 28-year-old Coleman Blevins, who Leitha says told his undercover agent he planned to carry out the assault.

Local investigators seized firearms, ammunition and a wide variety of hate group paraphernalia from Blevins' home. Evidence taken included a flag with a swastika and materials from other international entities in Russia and elsewhere, including a flag from La Falange, a Spanish fascist group.

The sheriff says Blevins later claimed to have been just researching radical groups.

"This represents the transnational nature of fascism," said Alexander Reid Ross, a fellow at the Centre for the Analysis of the Radical Right in the UK. "It represents the networks that are bound together through the assumptions of collective violence and martyrdom."

Federal intelligence officials warned this spring racially motivated violent extremists are the type of threat "most likely to conduct mass-casualty attacks against civilians."

Also seized from Blevins' home: A t-shirt with a logo from the Injekt Division, a fascist group which launched a Telegram channel in February.  On the group's channel, members post videos glorifying murder and other violence.

Multiple subscribers to the Telegram channel claim the group's president, who goes by the alias "Korb Taran," is in fact Blevins.  In the days since the arrest of Blevins subscribers to the channel have posted pictures of him with calls to "#FreeKorb."

Newsy has not independently confirmed Korb is Blevins and his appointed public defender would not comment. However, a man going by the name Korb appeared in a Facebook livestream wearing an Injekt Division t-shirt,  while calling for action against perceived enemies.

“Do I feel the need to genocide all brown people here today ," Korb asked in the video, before going into a detailed answer Newsy has decided not to share.  Newsy brought the stream to Facebook's attention, pointing out that it remained online even a week after the arrest of Blevins.  Within hours, a spokesperson for Facebook said, “We've removed this video for violating our policies against hate speech.”

The FBI did not respond to requests for comment on this story. The Kerr County Sheriff said for now, Blevins remains in local custody but said he expects federal charges could be forthcoming against Blevins soon.

This story is part of a series looking into how extremism is impacting our nation. If you have an opinion or a related idea you believe we should be covering, we encourage you to reach out.  Mark Greenblatt is the senior national investigative correspondent for Newsy and the Scripps Washington Bureau. Follow him @greenblattmark, email a story tip to mark.greenblatt@scripps.com or send a secure message to markpgreenblatt@protonmail.com. Lauren Knapp is senior video editor for Scripps Washington Bureau and can be reached at Lauren.Knapp@scripps.com or followed at @LCKnapp.