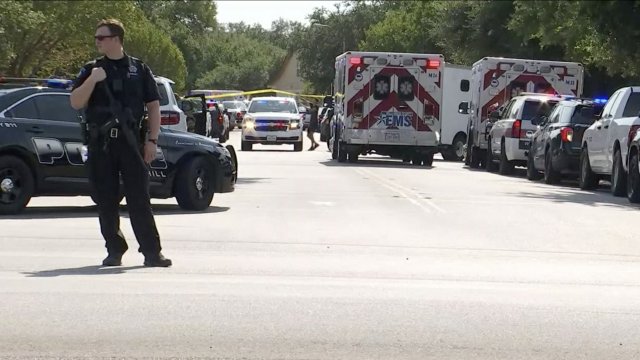 SMS
3 TX Officers Shot Responding To Home Barricade
By Bailey Vogt
By Bailey Vogt
August 17, 2020
Cedar Park Police responded to a call of a man barricading himself inside an Austin-area home.
SHOW TRANSCRIPT

Cedar Park Police responded to a call of a man barricading himself inside an Austin-area home and taking three hostages — including his mother and a child.

Police say the man eventually fired at officers when they attempted to enter the home. Law enforcement returned gunfire.

The three officers were transported to an area hospital and are in stable condition.

It's unknown whether the suspect was injured. Local reports say the situation has continued into Monday. Police have been in contact with the man and his hostages since the standoff began Sunday.