Two Weeks Post-Roe: How Abortion Has Already Changed In The U.S. 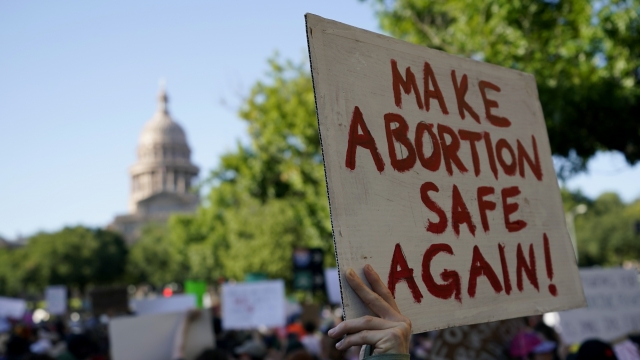 It's been two weeks since the Supreme Court overturned a woman's constitutional right to an abortion, and things are changing fast.

The last clinic in Mississippi — the location of the now infamous Supreme Court challenge — has shut its doors, with tensions still at a high.

Nearly 80% of the country now has some level of abortion restrictions, and even some of those already restrictive states are planning to tighten their laws.

"I'm grateful that the Supreme Court has given us the American people the opportunity to work this out ourselves, which is what this country is all about," Eric J. "People are going to be hurt because of this decision and knowing that is very heavy," Kaylen Barker, Women's Health Center of West Virginia communication director and chief lobbyist, said.

Trigger bans were enacted in 13 states, meaning the June decision automatically banned abortion in those places.

Abortion rights advocates have been trying to stave off a range of bans through the legal system, including successfully in places like Utah and Kentucky, but unsuccessfully in Mississippi and Texas.

"There are certainly some that are angry and powered up and I would say just afraid and sad about what the future holds for the future of the women in Mississippi, or maybe themselves, or their daughter or their friends," Dr. Cheryl Hamlin, who travels from Boston to Mississippi to perform abortions, said.

"We've got some really positive trends protecting the lives of unborn children," Barker said. "We also have some very negative trends, you know, really pushing for extreme abortion policies."

This patchwork of laws is already causing governors in less restrictive states to show support. California is considering more than a dozen pieces of legislation to expand rights, and Colorado is preparing for an influx of out-of-staters. Leaders in states like New York, Massachusetts, Connecticut, North Carolina and more say they will protect abortion providers from extradition or criminal charges for providing care.

But many states are at somewhat of an impasse. Kansas has a ballot initiative up for a vote on August 2. Michigan is trying to do the same for its midterm elections, and in places like Pennsylvania — with a GOP legislature but a Democratic governor blocking any anti-abortion legislation — midterms are becoming even more crucial for both movements.