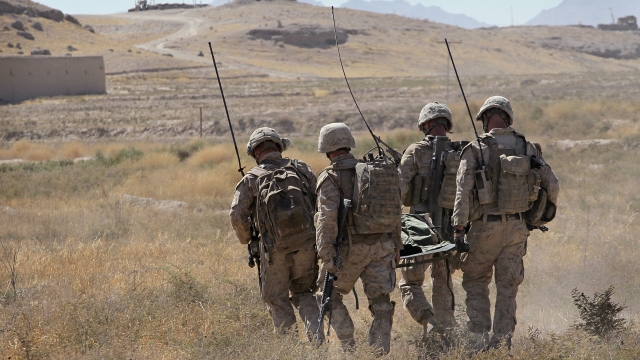 Two U.S. service members killed in Afghanistan have been identified.

The soldiers were 29-year-old Spc. Joseph Collette of Ohio and 33-year-old Sgt. 1st Class Will Lindsay of Colorado. According to the Pentagon, the two were conducting an operation when they died as a result of combat wounds Friday.

About 14,000 U.S. troops are stationed in Afghanistan. Most of them are there as part of that NATO mission, called Resolute Support, which is focused on training, advising and assisting Afghan forces fighting the Taliban.

As Newsy previously reported, a U.S. chief negotiator said the U.S. and Taliban made progress during their latest round of peace talks, which ended earlier this month. The two sides crafted some draft agreements, but nothing's been finalized.

Friday's two deaths bring the total number of U.S. service members killed in Afghanistan this year up to at least four.