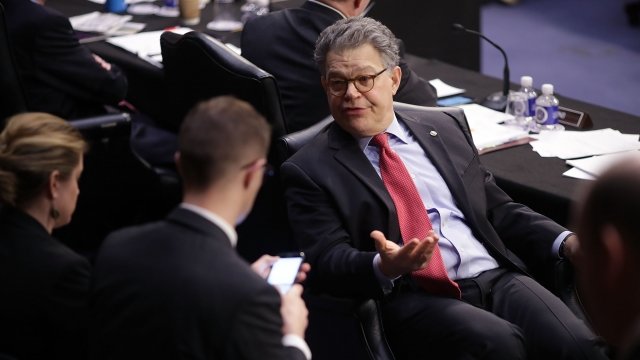 The two women told HuffPost the Democratic lawmaker grabbed them inappropriately during political events in Minnesota while Franken was campaigning for office in 2007 and 2008.

The first woman said Franken groped her while they took a photo at an event hosted by the Minnesota Women's Political Caucus. And the second woman said Franken "cupped [her] butt" at a Democratic fundraiser and then suggested he accompany her to the bathroom.

In a statement to HuffPost, Franken said, "It's difficult to respond to anonymous accusers, and I don't remember those campaign events."

Their accusations sound similar to others made against Franken earlier this month. 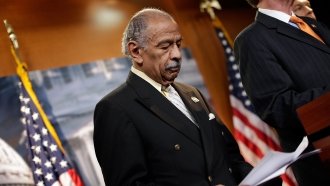 Leeann Tweeden, a television and radio host, said Franken "kissed and groped" her without consent on a 2006 USO tour. Franken was working as a comedian at the time.

And Lindsey Menz said Franken grabbed her while they were posing for a photo at the 2010 Minnesota State Fair.

Franken began his first term in the Senate in 2009.

Senate Majority Leader Mitch McConnell and Senate Minority Leader Chuck Schumer have both called for the Senate Ethics Committee to review the allegations made against Franken.

Franken called for an investigation of himself after the first accusation.