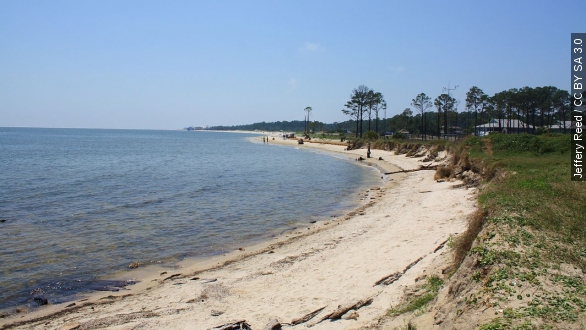 Coast Guard officials in Mobile Bay, Alabama, say they recovered the bodies of two more sailors Thursday after a sailboat regatta was interrupted by a deadly storm Saturday. The death toll is now five, and one person is still missing.

Gale-force winds reaching up to 70 mph struck dozens of sailboats competing in the Dauphin Island race Saturday, sinking or capsizing at least 10 boats.

Six people went missing in the aftermath of the storm, prompting a dayslong search-and-rescue operation. That operation is scheduled to be downgraded to a recovery mission by the end of the day Thursday as officials continue searching for the one person who's still missing.

AL.com reports authorities are currently asking questions about why organizers of the event delayed the race at the last minute. They're also trying to determine whether racers heard a National Weather Service warning about the weather, which went out about an hour before the storm hit.