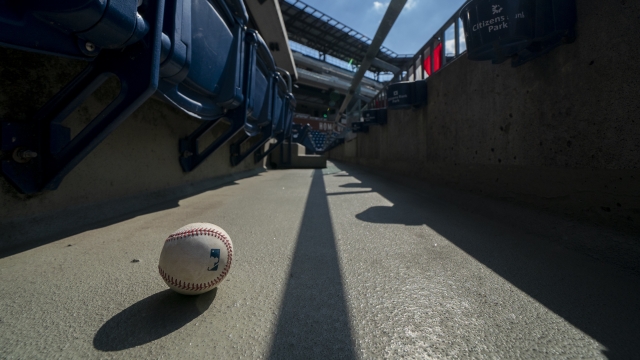 SMS
Two MLB Games Postponed Due to Coronavirus Outbreak
By Gage Jackson
By Gage Jackson
July 27, 2020
Multiple players and coaches on the Miami Marlins tested positive for the virus following a weekend series against the Phillies in Philadelphia.
SHOW TRANSCRIPT

As the MLB season returns amid the coronavirus pandemic, the league is already facing some complications. The Miami Marlins home opener against the Baltimore Orioles was postponed after a number of players and coaches on the Florida team tested positive for the coronavirus. The Philadelphia Phillies home game against the New York Yankees on Monday has also been postponed.

The Marlins were planning to return home from Philadelphia after a three-game-series against the Phillies when Marlins personnel tested positive, bringing the total number of cases on the team to at least 13, according to ESPN.

Last week, the Marlins played exhibition games against the Braves in Atlanta who have been without their top two catchers after both players displayed symptoms of COVID-19, but it's still unclear if the Marlins infections occurred there.

Since COVID-19 is a non-work-related illness, teams and players are not required to discuss infections under the collective bargaining agreement.

Because of their exposure to the Marlins over the weekend, the Phillies called off  Monday's game against the Yankees and reportedly may postpone Tuesday's as well. The Marlins who tested positive are quarantined in a Philadelphia hotel.

The MLB is attempting to complete a shortened season while taking steps to limit outbreaks by holding games without fans and banning high-fives, fist-bumps and spitting. But as more and more players test positive for the virus, the league facesd difficulties moving forward.

Additional reporting from Steven Wine of the Associated Press.