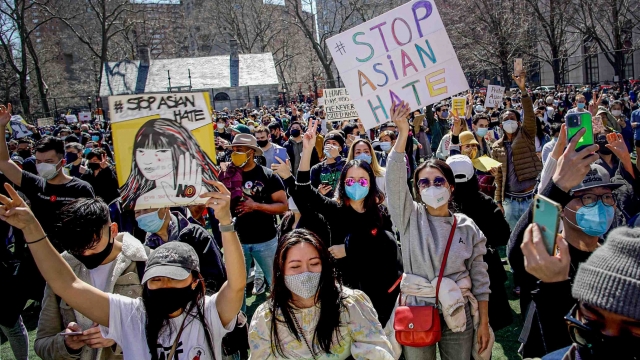 A 51-year-old man in Washington faces three counts of malicious harassment after he allegedly screamed and threw things at cars, targeting women and children of Asian descent.

And a 53-year-old man in San Francisco faces a felony charge after punching an Asian man at a bus stop.

Over the weekend, hundreds of protesters in Los Angeles came out in support of the Asian community.