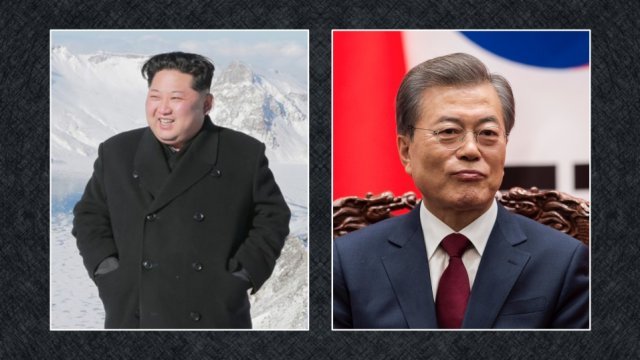 SMS
Koreas May Reopen Talks After North Accepts South's Invite To Olympics
By Jake Jones
By Jake Jones
January 2, 2018
A meeting could happen as soon as next week.
SHOW TRANSCRIPT

North and South Korea may restart direct talks with plans for North Korea to participate in the 2018 Olympic Games.

North Korean leader Kim Jong-un said Monday he would accept South Korean President Moon Jae-in's invitation to participate in the games next month, which will be in South Korea roughly 60 miles south of the DMZ.

South Korean leadership seems eager to include North Korean athletes in the upcoming games. It would give some insurance against another missile or nuclear test by the North to disrupt the games. 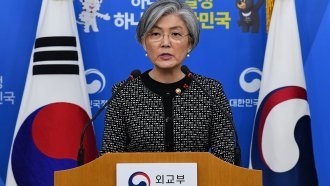 North Korea has participated in the Olympics off and on, but the country boycotted the 1988 Games in Seoul. In an effort to interfere with those games, Kim Il-sung and Kim Jong-il ordered the bombing of a South Korean airliner, killing more than 100 people.

But since taking power in 2011, Kim Jong-un has occasionally used sporting events to further inter-Korean dialogue. In 2014, he sent North Korean officials to South Korea to celebrate his country's showing in that year's Asian Games. That led to talks between the North and South in 2015, some of the last direct negotiations between the two Korean governments.

Moon's administration has yet to hold talks with Kim's regime. South Korea's Unification Ministry said talks could be held as soon as next week.