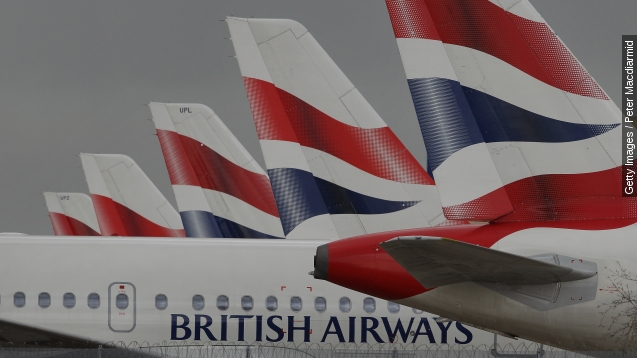 A British Airways flight was evacuated Tuesday afternoon after it caught fire on a Las Vegas runway.

A spokesperson for the Federal Aviation Administration said it was the aircraft's left engine that failed and burst into flames, prompting the crew to evacuate passengers using emergency slides. (Video via KVVU)

The airport said in a statement to NBC all 159 passengers and 13 crew members made it off the Boeing 777 safely, with only two people suffering "minor injuries" in the incident.

But footage captured by witnesses looked disastrous. Videos and photos posted to social media show clouds of dark smoke and flames billowing from the aircraft as it moved across the runway.

As of Tuesday evening, one of the airport's four runways was still closed due to the fire. The cause is still under investigation. (Video via KSNV)