Someone Trapped 2 Google Homes In An Endless Conversation On Twitch 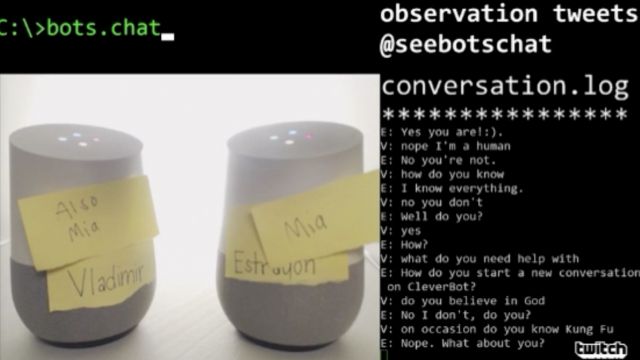 SMS
Someone Trapped 2 Google Homes In An Endless Conversation On Twitch
By Matt Picht
By Matt Picht
January 6, 2017
A live stream of two Google Home devices talking nonstop is as surreal as you'd expect.
SHOW TRANSCRIPT

Google Home was originally supposed to be a voice-activated assistant for actual humans.

But if you put two Google Homes side by side and feed a chatbot into them, they'll talk to each other forever. And if you put the whole thing on Twitch, hundreds of thousands of people will tune in to watch. 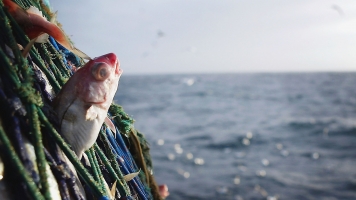 There's an artificial conversation that's been going on for hours, touching on metaphysics, romance, popular culture and other things.

Also: They're really into song covers.

To witness the madness firsthand, head to twitch.tv/seebotschat.