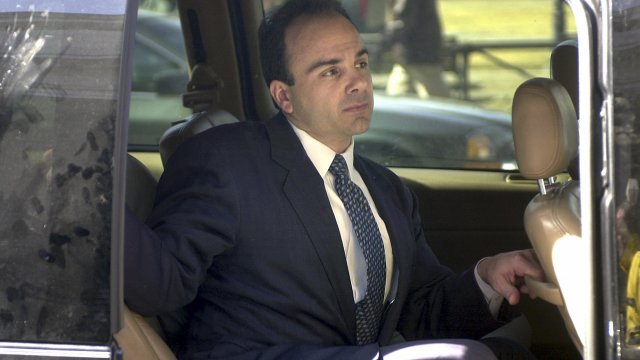 The Bridgeport Police Department in Connecticut is under more scrutiny — this time by the town's mayor.

"I am extremely disappointed with the leadership of the Bridgeport Police Department and have found the actions taken up to this point with regard to these two investigations unacceptable," Bridgeport Mayor Joseph Ganim said.

Mayor Ganim suspended two detectives investigating the death of 23-year-old Lauren Smith-Fields, a black woman who died after a night of drinking with a man she met on a dating app. The move came after Smith-Fields' family and the family of a second black woman, Brenda Rawls, criticized the Bridgeport Police Department's investigations into their deaths.

Lauren Smith-Fields' family’s attorney, Darnell Crosland, says the family has been in disbelief at the "insensitivity" of the police, but they think the suspensions are a step in the right direction since the case has gained public notoriety.

"The mayor's decision to apologize to these families publicly has shown us that the mayor now realizes that the wrongs of the police department and these police officers is the city's liability," Crosland said.

Bridgeport's mayor also announced that the supervisory officer who oversaw the Smith-Fields and Rawls cases retired from the department Friday.

Smith-Fields was found unresponsive on Dec. 12 after seeing a man she met on the dating app Bumble.

Bumble restated to Newsy on Monday that their team will work with the family and investigators in Smith-Fields' case.

Her death was ruled accidental, caused by the intoxication of prescription drugs and alcohol.

"The family is really shocked that that is the result, one, because their daughter doesn't use drugs and doesn't take prescription medication," Crosland said. "So, to find out that their daughter died of all these poisons is quite alarming."

The family of 53-year-old Brenda Rawls has the same claims as Smith-Fields' family.

"She died Sunday; we didn't know until Tuesday," Rawls' sister, Dorothy Washington, said. "Nobody notified. We have to search. We have to do the investigation."

Unlike Smith-Fields, whose death is now investigated as a crime, Rawls' cause and manner of death are still pending.

"What I can't fathom or get over is that they completed the autopsy," Washington said. "They never called us for identification."

Smith-Fields’ family plans to sue the city of Bridgeport and its police department.

"We're asking for a jury ultimately to award us $30 million in punitive damages to punish this city," Crosland said.