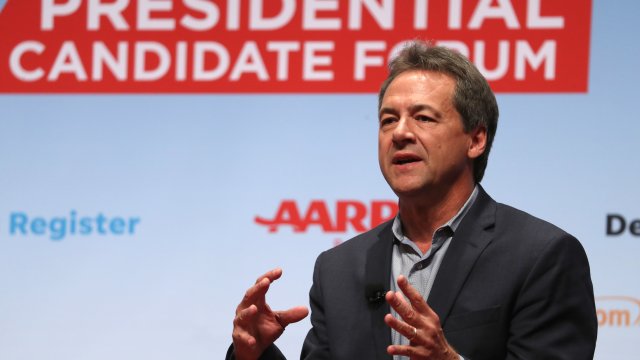 SMS
Two Democratic Presidential Candidates Drop Out Of Race
By Meg Hilling
By Meg Hilling
December 2, 2019
Former U.S. representative from Pennsylvania Joe Sestak and Gov. Steve Bullock of Montana have announced they are withdrawing from the race.
SHOW TRANSCRIPT

Two Democratic presidential candidates have announced they are dropping out of the race for the White House in 2020.

Both candidates struggled to gain traction in most opinion polls.

On Twitter, Sestak shared a letter explaining his decision to withdraw, saying "without the privilege of national press, it is unfair to ask others to husband their resolve and to sacrifice resources any longer."

Meanwhile, Bullock said in a statement, "while there were many obstacles we could not have anticipated when entering into this race, it has become clear that in this moment, I won't be able to break through t o the top tier of this still-crowded field of candidates."