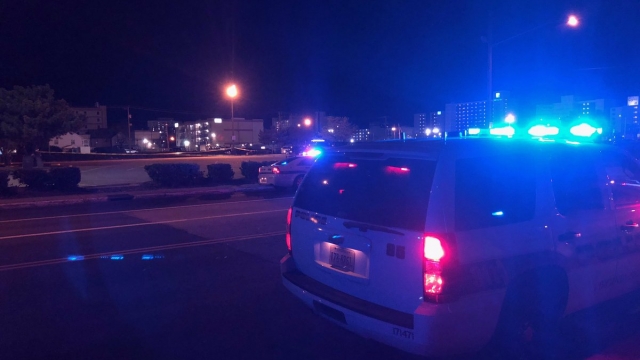 SMS
Two Dead, Eight Injured in Multiple Shootings In Virginia Beach
By Alex Arger
By Alex Arger
March 27, 2021
Authorities say an officer shot and killed a suspect in a "police intervention" after several people were wounded in one incident.
SHOW TRANSCRIPT

Two people were killed and eight others were injured in Virginia Beach Friday night as a mass shooting and two other outbreaks of violence were reported in the ocean-front community.

"What you can see is we have a very chaotic incident," Virginia Beach Police Chief Paul Neudigate said. "A very chaotic night in the beach."

Officers were investigating one crime scene with at least eight victims. Witnesses reported hearing shots fired near the waterfront shortly after 11 p.m. Soon after, an officer then shot and killed a suspect - in what the police chief called a "police intervention shooting." Another person was killed in a separate shooting nearby, which police say is unrelated to the other incidents.

Police said several people were in custody Saturday, but details on suspects and motives remained unclear.