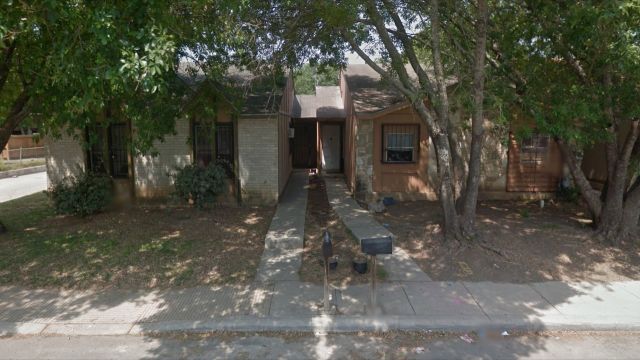 By Matt Picht
April 29, 2016
A 2-year-old boy was found chained to the ground, along with a 3-year-old girl tied to the back door.
SHOW TRANSCRIPT

A Texas woman has been arrested after authorities investigated her property and found a 2-year-old boy chained to the ground and a 3-year-old girl tied to the back door.

"To call this horrific is an understatement. It's disgusting. It's sad. It's unbelievable," a Sheriff's Office spokesman said.

The Bexar County Sheriff's Office says deputies responding to reports of a crying child found the two toddlers in the backyard, along with six other children ranging from 10 months to 13 years old left alone inside the house.

The two toddlers in the backyard were taken to a nearby hospital and treated for several issues, including a broken arm. All eight children are now in the care of Child Protective Services.