Health Care Issues You Should Watch Out For In 2020 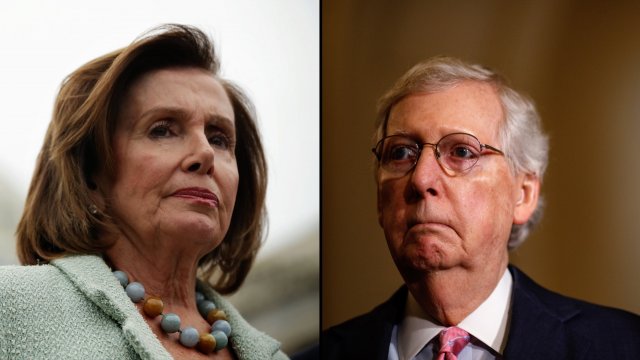 SMS
Health Care Issues You Should Watch Out For In 2020
By Amber Strong
By Amber Strong
December 27, 2019
From rising drug costs to the future of abortion rights, the health care debates that could rock 2020.
SHOW TRANSCRIPT

Like Christmas lights left hanging well into February, there are a couple big health care issues that need to be taken care of in the new year.

Number one: drug pricing. President Trump says he wants to tackle prescription drug costs and so does Congress.

However, the mostly party line vote has no chance of becoming law. President Trump has vowed to veto it should it reach his desk.

On the Senate side, Republican Chuck Grassley and Democrat Ron Wyden have a plan to punish drug makers who raise their prices beyond the rate of inflation. It also puts a cap on out-of-pocket spending for seniors.

“Congress needs to take its foot off the break. It’s time to deliver real savings.”

So far, Senate Majority Leader Mitch McConnell hasn’t shown much love for that bill despite White House support. We’ll see how much White House-pressure the new year will bring to Leader McConnell. However, the Trump administration may try to work around Congress.

“For decades the response here at FDA and HHS has been it can’t be done. It can’t be done, don’t send us your plans. Now, we are saying, we think it can be done.”

Several Canada drug distributors have already rejected such a  plan.

Next up, the future of abortion.

The courts saw their fair share of abortion related laws in 2019 but perhaps none loom as big as June Medical Services v. Gee.

That's the case out of Louisiana where the Supreme Court Justices must decide if abortion clinics are required to have a doctor with admitting rights to a nearby hospital.

The court will also decide if abortion clinics even have a right to sue in cases like this. Oral arguments start March 4th.