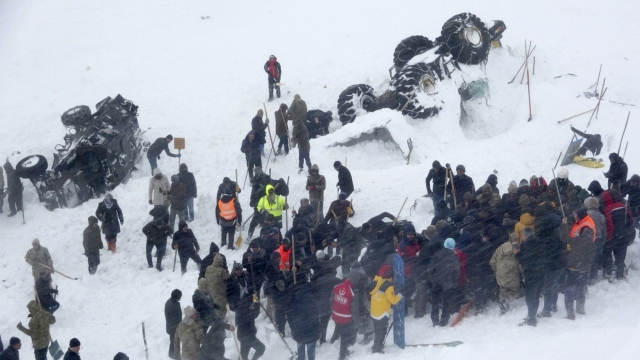 Two avalanches in Turkey have left at least 38 people dead and more than 50 injured. Officials say several others are still buried in the snow.

An avalanche struck Wednesday along a mountain road in eastern Turkey as roughly 300 rescue workers were responding to an earlier avalanche that occurred late Tuesday evening.

Video from the scene showed dozens of people using shovels and pickaxes to excavate overturned vehicles.

Emergency responders will continue searching for others buried beneath the snow, but it's unclear exactly how many people could be missing.

This is a developing story. We will keep you updated as more information is made available.

Additional reporting by Suzan Fraser of the Associated Press.