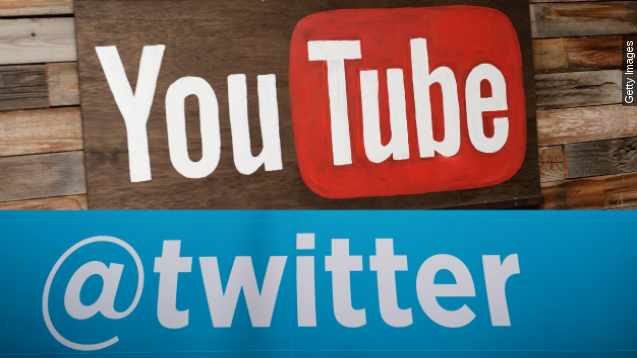 Twitter and Google are both trying to make social media an even better place for breaking news.

It was probably a coincidence the two companies revealed separate services Thursday that both address the same problem: cutting out the excess noise to give people content they care about.

"When everyone is telling a story, how do you tell which stories are worth listening to," said Storyful's Mark Little.

Google arranged a partnership with YouTube and Storyful to create Newswire. The goal is to verify first-hand videos of big news events and pull them together into one place.

A few of Thursday's examples include video of the suspect arrested in the shooting in Charleston, South Carolina, from North Carolina TV station WSOC — and arial footage of flooding in Texas from the U.S. Coast Guard.

But a big portion of Newswire's content won't come from media outlets or government organizations. It will be eyewitness footage from individual users.

That's where Storyful comes in. That company has specialized in verifying and curating social media content since 2010.

Then there's Twitter's new service. Buzzfeed published a preview Thursday of what Twitter is calling Project Lightning. It essentially allows users to follow news events, like the NBA Finals, instead of specific users. It will curate posts, photos and videos on Twitter into one collection.

It sounds similar to something Twitter has now called Custom Timelines, where users search through tweets and manually curate a story of their own. But Lightning seems to be a much more passive experience where editors find the content and put it in front of users.

But this actually sounds like a pretty great fit for Twitter's platform, which has become the go-to place for breaking news and quick updates.

Plus, it could be a good thing for the less-savy social media user. A common complaint about Twitter is that it's too much work to find relevant content. Lightning could address that issue by letting people focus on events rather than a specific person or hashtag.

YouTube's Newswire went live Thursday, and Twitter's Project Lightning is expected to launch sometime in the next few months.