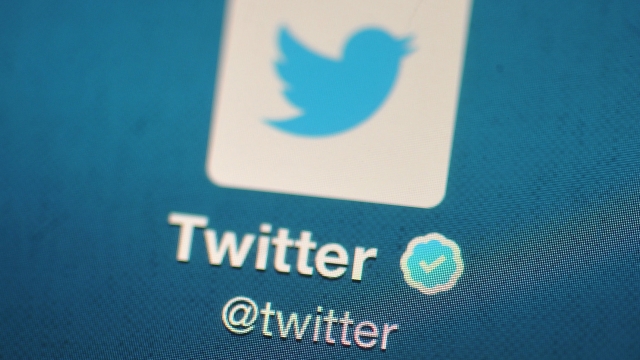 Twitter's decision to ban political ads comes as social media platforms come under inquiry about how they handle ads that spread misleading info.

Twitter is banning political advertisements from its platform and will no longer be accepting them as of Nov. 22.

On Wednesday, Twitter's CEO Jack Dorsey tweeted out the announcement saying, "we've made the decision to stop all political advertising on Twitter globally. We believe political message reach should be earned, not bought. Why? A few reasons." He added, "A political message earns reach when people decide to follow an account or retweet. Paying for reach removes that decision, forcing highly optimized and targeted political messages on people. We believe this decision should not be compromised by money."

Dorsey says internet political ads present new challenges to civic discourse and it"s not credible for the company to say it is working to stop people from using its system to spread "misleading info," while accepting money that pays it to "target and force people," to see political ads.

Twitter's decision comes as social media platforms, such as Facebook, come under inquiry about how they handle political ads.

Facebook's CEO, Mark Zuckerberg reiterated his stance on political advertisement on Wednesday saying, "In a democracy, I don't think it's right for private companies to censor politicians or the news."

As for the reaction of politicians to this news, President Trump's presidential campaign manager released a statement saying, "Twitter just walked away from hundreds of millions of dollars of potential revenue, a very dumb decision for their stockholders." Adding that, "This is yet another attempt to silence conservatives, since Twitter knows President Trump has the most sophisticated online program ever known."

However, in regards to what this decision means financially for Twitter, CFO, Ned Segal tweeted out, "Since we are getting questions: This decision was based on principle not money. As context, we've disclosed that political ad spend for the 2018 US midterms was <$3M. There is no change to our Q4 guidance."

Meanwhile, a spokesman for former Vice President Joe Biden's presidential campaign said in a statement that, "when faced with a choice between ad dollars and the integrity of our democracy, it is encouraging that, for once, revenue did not win out."