Twitter Is Temporarily Cracking Down On Conspiracy Theorist Alex Jones 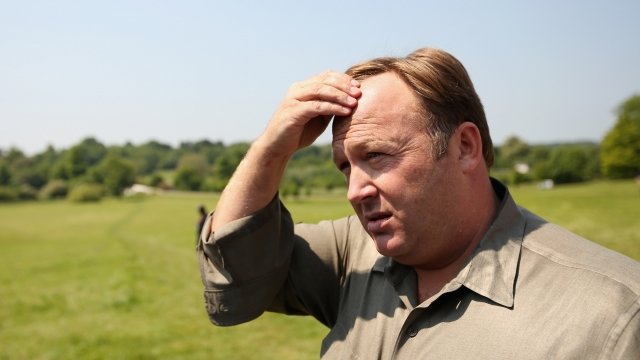 A Twitter spokesperson told media outlets that the disciplinary action is in response to content Jones published Tuesday that violated the social media company's rules on inciting violence. The InfoWars host won't be able to tweet for a week, but he will be able to peruse posts from accounts he follows.

Twitter had been facing pressure after other big tech companies, like Apple, Facebook and YouTube, took action on Jones' and InfoWars' accounts for policy violations. At the time, Twitter CEO Jack Dorsey defended the decision not to ban Jones from its platform, saying no rules were broken and the social network wouldn't give in to outside pressure. Following a CNN investigation that revealed apparent violations last week, Twitter admitted that Jones had breached its policy but said his actions didn't merit a full ban.