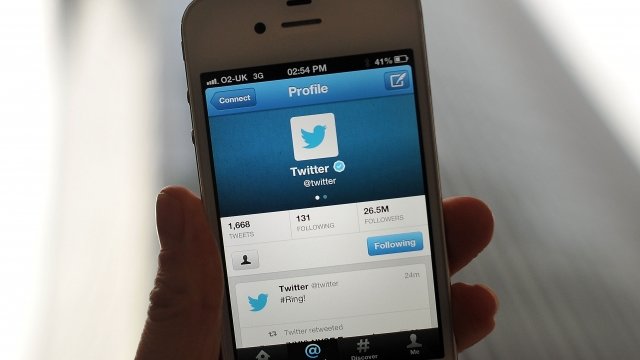 Twitter says it suspended 284 accounts from its platform for "engaging in coordinated manipulation."

The social media company said on Tuesday it appears that many of the accounts originated from Iran. Twitter said it worked with its industry peers when suspending the accounts.

It's not totally clear which peers Twitter is talking about. But the company's announcement did come on the same day Facebook said it took down hundreds of accounts, groups and pages, alleging they were "coordinating inauthentic behavior."

And Microsoft said on Monday that it thwarted a Russian-linked operation last week that targeted the U.S. Senate and some conservative think tanks.

The removals all come as social media companies are scrambling to protect their platforms ahead of the midterm elections in November.