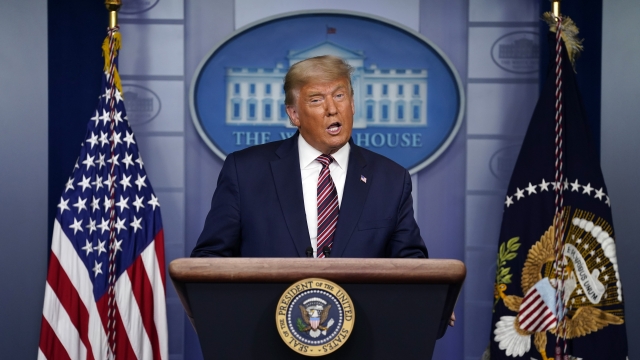 Twitter says that it will no longer place banners on tweets from President Trump it considers false or misleading.

The reason? The election is over.

As ballots were counted in the days following Election Day, Twitter labeled nearly 20 of President Trump's tweets. Several times, the president made assertions of election fraud or of a projected win without evidence.

Each time, Twitter labeled the tweets with warnings that the message had been disputed or the content "might be misleading about an election or other civic process." The platform restricted users from replying or sharing the tweets though people could still quote with comments.

Starting Sunday, the election-related labels are over. A spokesperson said, "With the election now called by multiple sources per our public guidelines, we will no longer apply warnings on Tweets commenting on the election outcome."