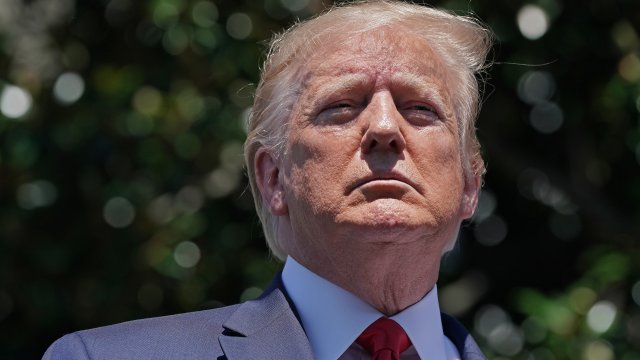 Twitter says it won't take action against a series of racist tweets from President Donald Trump.

The spokesperson didn't elaborate on the details surrounding the decision. But it seems to contradict the company's rules against hateful conduct.

The policy prohibits targeting individuals with "repeated slurs, tropes or other content that intends to dehumanize, degrade or reinforce negative or harmful stereotypes about a protected category."

But many argue that's what President Trump did when he tweeted out the thread in question on Sunday.

It says, in part: "So interesting to see 'Progressive' Democrat Congresswomen, who originally came from countries whose governments are a complete and total catastrophe ... now loudly and viciously telling the people of the United States ... how our government is to be run. Why don't they go back and help fix the totally broken and crime infested places from which they came."

The tweets don't mention any specific lawmakers by name, but it's widely believed President Trump was talking about Reps. Alexandria Ocasio-Cortez, Ilhan Omar, Ayanna Pressley and Rashida Tlaib. Three of the four were born in America, and Omar became an American citizen in 2000.

The four congresswomen held a press conference on Monday condemning the tweets. But President Trump has repeatedly defended his comments online and in person.

"As far as I'm concerned, if you hate our country, if you're not happy here, you can leave," Trump said.