Twitter Is Removing Millions Of Accounts From Follower Counts 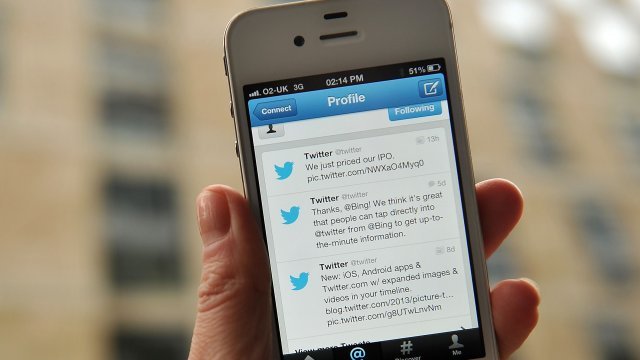 SMS
Twitter Is Removing Millions Of Accounts From Follower Counts
By Gabrielle Ware
By Gabrielle Ware
July 11, 2018
The effort is part of a campaign to cut down on fake accounts and abusive activity.
SHOW TRANSCRIPT

Millions of Twitter users could see their followers drop on Thursday.

Twitter plans to start removing tens of millions of accounts that have been flagged and locked for suspicious activity from users' follower counts. The move is expected to shrink Twitter's total combined follower count by 6 percent.

The platform said most people will lose up to four followers, but prominent Twitter accounts will "experience a more significant drop."

The crackdown is part of a campaign by the platform to eliminate fake accounts and abusive activity.

At least one company has sold followers on Twitter to boost engagement for high-profile users like politicians and entertainers, according to The New York Times.

And during the 2016 election season, Twitter hosted thousands of fake accounts linked to a Russian agency that spread false information.

Twitter has been consistently working to remove suspicious accounts. It suspended over 70 million accounts in just May and June alone.

This does, however, appear to be the first time the platform has publicly announced it was planning to delete tens of millions of locked accounts from follower counts.