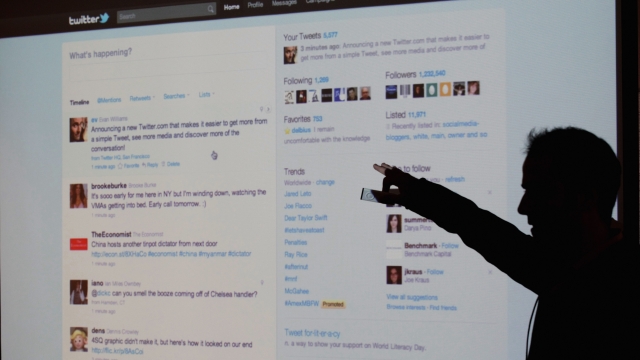 SMS
Twitter Might Change Its Feed, And People Are Furious (Again)
By Ben Lawson
By Ben Lawson
February 6, 2016
The social-media giant might use an algorithm to sort content by popularity instead of by reverse chronological order. Sound familiar?
SHOW TRANSCRIPT

Twitter users are in full-on freak out mode over possible changes to the social network once again — but it might all be a little premature.

Buzzfeed reports Twitter might start using an algorithm to sort tweets by potential popularity instead of reverse chronological order. The change reportedly could go live as soon as next week.

A lot of users aren't too pleased about the possible change. #RIPTwitter was the top trend Saturday morning with many complaining the site was copying Facebook.

However, we still don't know how justified the new outrage is. Twitter has yet to confirm or deny the news, and the Buzzfeed article doesn't specify if the change will be mandatory or optional.

Twitter is under a lot of pressure to grow faster, and tweaking its main timeline could make it seem more accessible for new users.