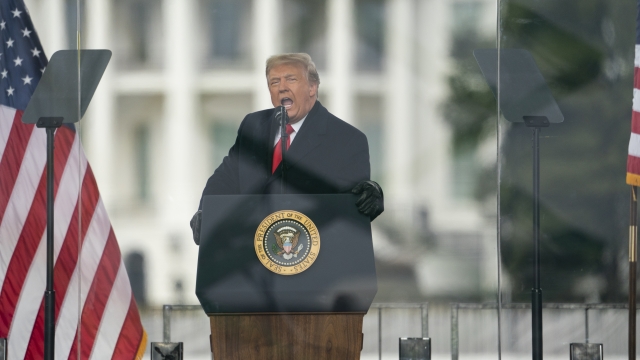 One of the posts was his video address to the nation in which he called for peace and then told the protesters they are "very special" and "loved." In another, President Trump told his supporters: "These are the things and events that happen when a sacred landslide election victory is so unceremoniously & viciously stripped away from great patriots who have been badly & unfairly treated for so long. Go home with love & in peace. Remember this day forever!"