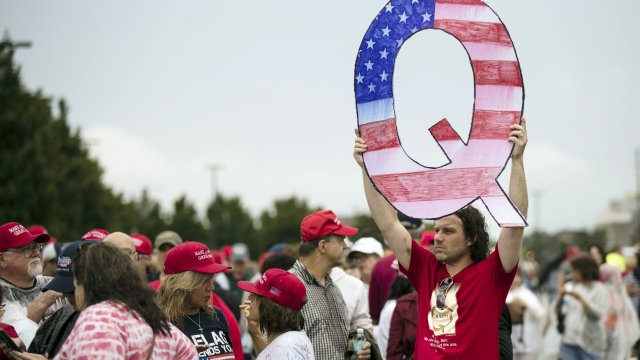 The social media giant says it's permanently suspending accounts tweeting about QAnon — the far-right conspiracy movement. Twitter also won't allow URL links to QAnon activities to be posted and is blocking the movement's conspiracy theories from appearing in its trending topics.

President Donald Trump and other politicians have retweeted QAnon theories in the past. During the 2016 national election, QAnon helped spread "Pizzagate" — a lie that Hillary Clinton was involved in running a child sex trafficking ring out of a Washington restaurant. QAnon believes that President Trump is bringing about a "great awakening" and will expose prominent political figures — the Deep State — for child abuse and political cover-ups.

QAnon has also called the coronavirus a hoax and pushed fake information about mask wearing.

Twitter says more than 7,000 accounts have been removed already, and it expects the changes to affect over 150,000 more.